Framing Bale Walls: How to

By Andrew Morrison of strawbale.com 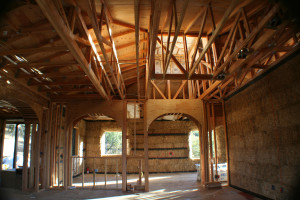 There are many different approaches to framing a straw bale house; however, there is one in particular that I have used on the vast majority of my projects over the years. It is a post and beam frame system with roots in conventional framing techniques. Because I came to straw bale construction many years ago as a general contractor practicing conventional construction, I brought some of that detailing over. I should preface this article by saying that there are right ways of framing and wrong ways of framing. The system I describe in this article lands in the “right way” column, but so do many other styles. As long as you are working with a structurally sound and safe system that brings you the best results possible for your style of building, then go for it. 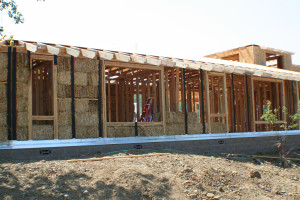 One of the first details that often surprises people is the spacing of the posts in the system I use. I hear people talk about wanting to reduce the amount of notching in the bales by spreading their posts out as far as possible. I disagree with this approach and instead keep my posts relatively close together: no more than 6’ apart. One reason for this is that when the bales are stacked in between posts that are set far apart, there is no point of attachment for the bales other than the top and bottom of the wall. As such, the wall becomes weak as it is stacked higher. When posts are set closer together, the notches at each location provide a point of connection to the frame and make the wall much stronger both during construction and for the life of the structure. 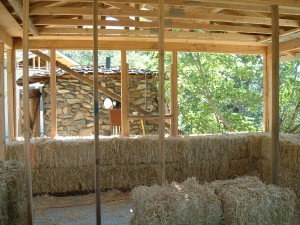 One way I keep the posts close together is by incorporating them into the window and door frames. By using 4×4 posts as the king studs I end up with wider nailing surfaces on either side of the opening. This allows me to attach the finish trim, plaster channel and/or plaster lath, and welded wire mesh around every opening with positive attachment to the frame. These king studs serve two purposes by providing the nailing surface and by acting as part of the overall structural frame. Because windows and doors are placed in many locations around the home, and because I otherwise limit my post spacing to no more than 6’, I can minimize the wall beam size as a result. This minimal wall beam is important because the bigger the beam, the more expensive it will be. Further, larger beams are made from larger trees (unless an engineered beam is used) and I want to reduce the size of the trees I am using in my projects for environmental reasons.

Okay, let’s take a look at how the system works and why it can save time and money in your building process. I’ll simply lay out the process so you can see, step-by-step, how it comes together. 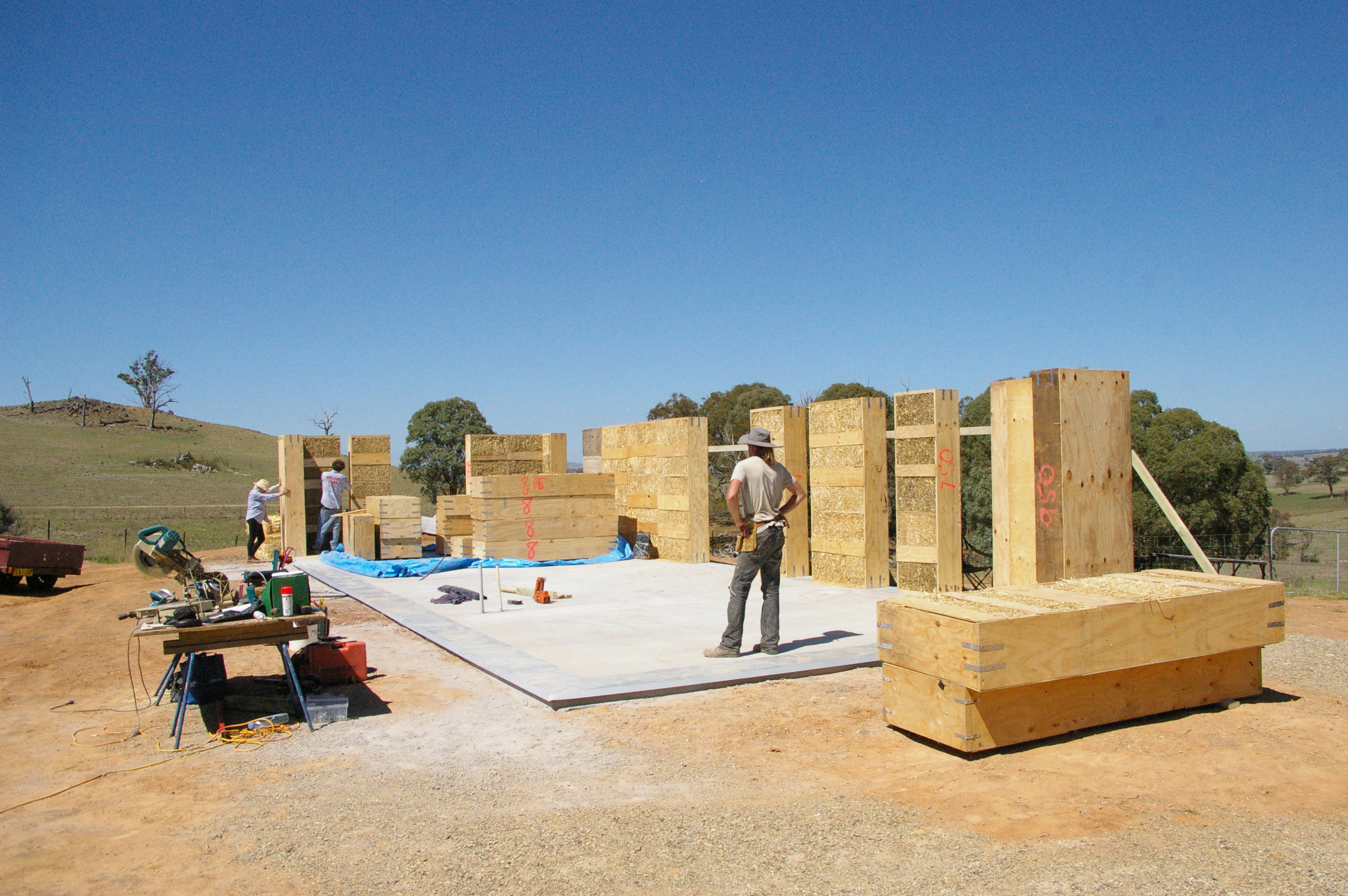