Light Straw-Clay Appendix in the IRC

An appendix on Light Straw-Clay Construction was also approved for inclusion in the 2015 International Residential Code (IRC).  To date only the states of New Mexico and Oregon have a section on Light Straw-Clay Construction in their building code.  The proposal received a 6-3 approval vote at Building Committee Hearings in Dallas in April 2013.  After public testimony and immediately before the vote, one committee member encouraged approval, commenting, “This is the future.”

The appendix governs the use of light straw-clay “as a non-bearing building material and wall infill system”. It is limited to one-story structures, except it allows structures greater than one-story “in accordance with an approved design by a registered design professional.”  It is also limited to use in Seismic Design Categories A and B, but this includes approximately 85% of the contiguous United States.  Use in higher seismic risk categories can occur through the “alternative means and methods” section of the code with an engineered design.

The appendix proposal was submitted by architect Paula Baker-Laporte, who along with husband Robert Laporte form the company EcoNest (www.econesthomes.com) as the leading practitioners of light straw-clay construction in the U.S.

The appendix was co-authored by architects Paula Baker-Laporte and Martin Hammer, with significant input from Richard Duncan, PE and Robert Baker-Laporte.  Practitioners from mid-west, including Lou Host-Jablonski, Architect, Sue Thering, and Doug Piltingsrud, contributed to the Commentary, which is expected to make the appendix more flexible in its application.

The full text of the appendix as it will appear in the 2015 IRC can be downloaded at: 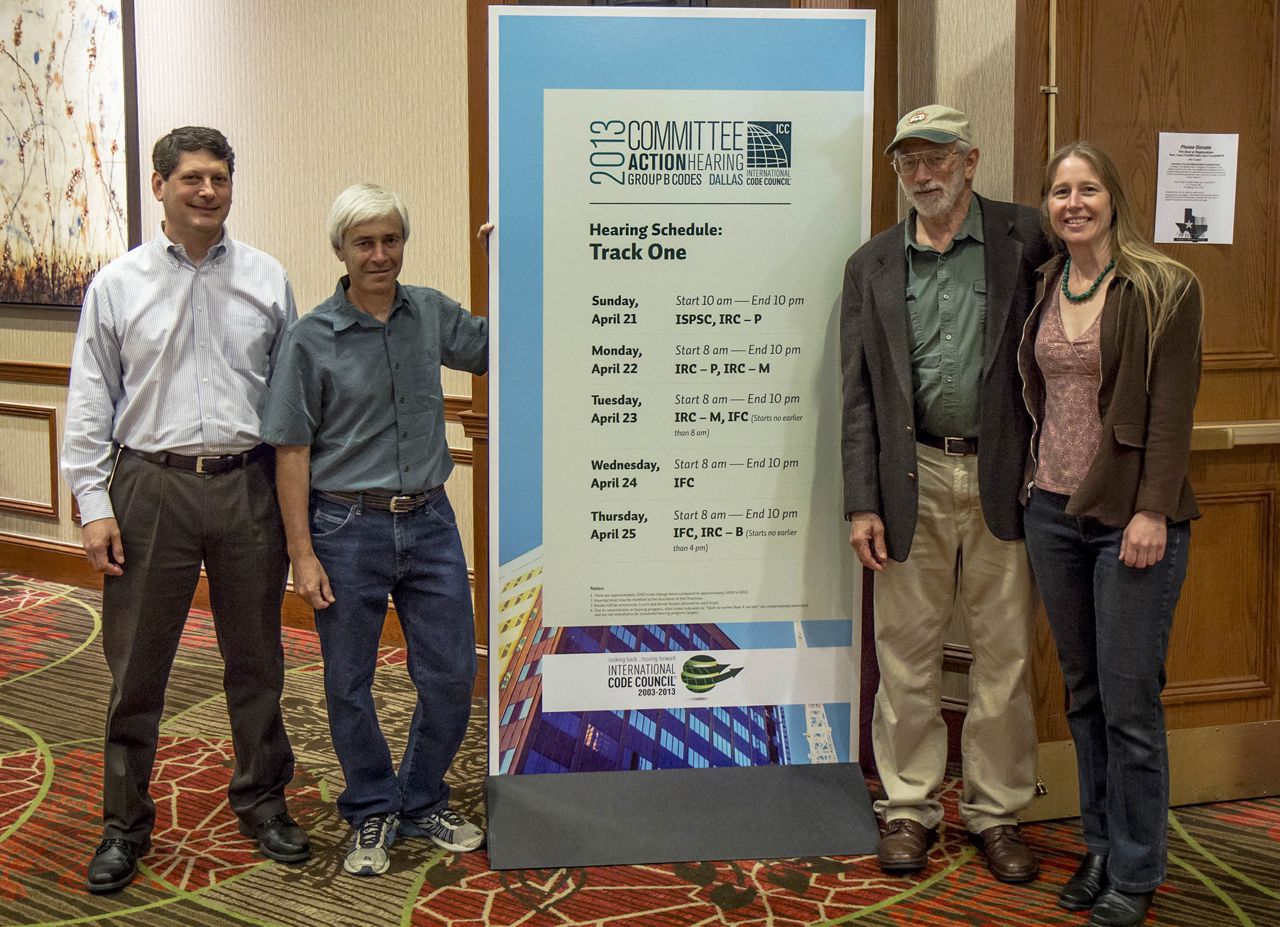 A Strawbale Residential Building Code for the United States

A Strawbale Residential Building Code for the United States